Constable Haider Munir of Battalion No.3, PC Multan was injured when a motorcyclist opened fire at a moving bus in which he was travelling. Inspite of injury the Constable Haider Munir arrested the aggressor empty-handed and set an example of bravery. After this, the injured Constable was shifted to a local hospital from where he was referred to Nishtar hospital.

On 22-10-2019 he was granted a CC-I alongwith Cash Reward by Kunwar Shahrukh, Addl: IGP/Commandant Punjab Constabulary which was handed over to him by Zafar Buzdar, SP/Battalion Commander, Btn-3 PC Multan, for his encouragement in recognition of his bravery and faithfulness to his duty. 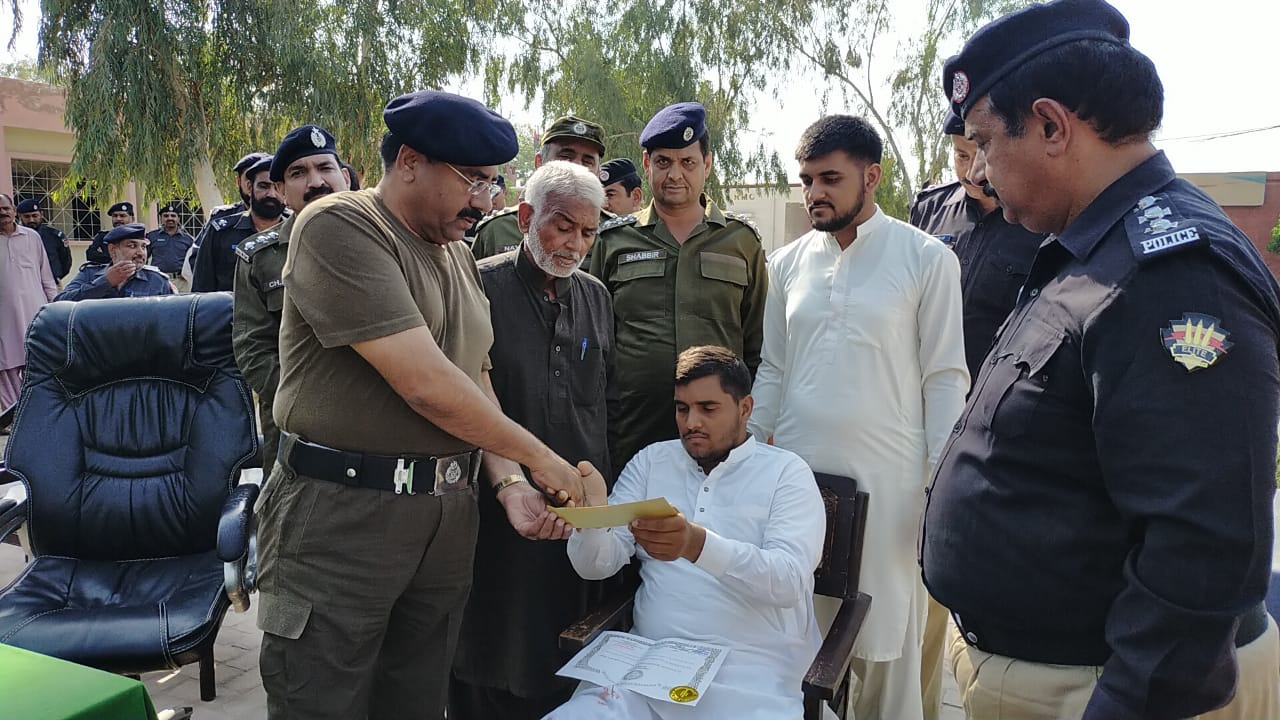